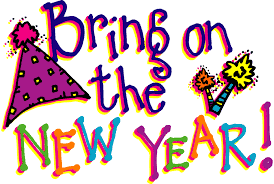 If your travels take you to Cape Cod for New Year’s, don’t even think about going to bed early on December 31. There’s plenty of indoor and outdoor art, music and family-friendly events up and down the coast to keep the revelry going well into the night.

First Night Chatham kicks off at noon Saturday, December 31 with the town photo at Chatham Light (a New Year’s tradition), and runs until the wee hours of January 1. The alcohol-free celebration features more than 70 performances and events in dozens of locations across the town.

Work off those holiday calories with an early afternoon Carnival Caper costumed road race (starting from the Chatham Squire), then get ready for daytime happenings including face painting, puppet performances, kids’ activities, horse-drawn wagon rides, a jazz quartet, acrobatic circus and ice carvers in action. Chatham after dark come alive with a noise parade and even more live music, including a bluegrass band, jazz performances, a down-home style jug band and a Garth Brooks tribute concert.  Other festivities include a magic show, poetry slam and plenty of food choices all over town. The day culminates with the dropping of the “Countdown Cod” accompanied by a festive sing-a-long, followed by a spectacular fireworks display over Oyster Pond.

Note: A free shuttle bus is available to take revelers back and forth from satellite parking at the middle school to the festivities from 1 p.m. until 12:30 a.m.

Closer to the canal, the First Night Sandwich event on December 31 includes a packed lineup of music, art and general merriment from 4 to 9 p.m.  Bring the kids downtown to see street performers and ice sculptures – don’t forget their skates, because a children’s skating rink is part of the fun. There’s also a festive fairy garden, live music, magicians, jugglers and the annual lighting of Shawme Pond. The grand finale – including cannon fire, giant sparklers and fireworks – shines bright over the Town Hall following the Reveler’s Parade.

Note: Make a point to check out “The Giants,” a collection of lighted sculptures by local glassblower Michael Magyar dotting the landscape during the holiday season, mainly along Route 6A in Sandwich.

If one day of New Year’s celebration isn’t enough, the party starts early and ends late for partygoers of all stripes at First Light Provincetown. This is no time to catch up on sleep, as the town keeps the lights on for about 96 hours straight starting Friday.

Take in the European style charm of the Canteen Holiday Market, which runs all weekend long and features artisan craft and fine art vendors, prepared food and plenty of hot beverages. There’s family fun at the public library, while local bars host special events throughout the weekend, including live music, visiting DJs, piano, dance parties, entertaining drag shows and a one-night performance of “Well-Strung: Home for the Holidays” at Provincetown Town Hall. Light up your bicycle for a family fun Light Bright Bike Ride around Provincetown early on New Year’s Eve, then get ready to ring in the New Year at parties across town. A fireworks display will be set off at MacMillan Pier at dusk on Sunday as a prelude to Monday’s New Year’s Eve festivities.

Catch a few hours of sleep then get back to the celebration on New Year’s Day. Find breakfast and brunch options at local restaurants, then take a dip in the frigid waters for the annual Polar Bear Plunge. 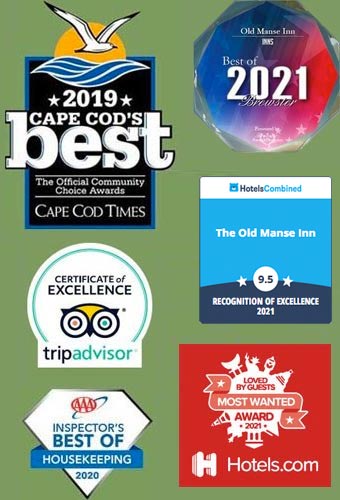 Charlie and Brian hope that this note finds you all doing well. We hope you have enjoyed the 2022 season as much as we have here at the Inn.  This year has been the most busy the Inn has ever been!  We thought 2021 was our best season but 2022 eclipsed that by almost 20%.  We hope that has something to do with the many improvements we have made and also to the new breakfasts that we have served each year.

As the season winds down with a closing date of Sunday, November 13th,  the off season activity will just be starting up!  The sheer number of updates and renovations we have planned while the Inn is closed is staggering when we start to think about it – and cleaning up will be pretty staggering as well!  LOL  Please subscribe to our newsletter if you want more details on what we have planned.

Advanced reservations this year – and now for 2023 – have soared as folks look to get away more and we are reaching capacity already on many dates this season.  If you have any questions about booking a reservation or want more details about your stay, please reach out directly to us at the Inn via email (innkeeper@oldmanseinn.com or phone 508-896-3149). We look forward to welcoming you all for a great stay!